The older one, who was muscular and stocky with curly dark hair, seemed to want to row across to Rhodes for help. The younger boy looked as if he had been crying. Aura recognized them. They were brothers who sometimes dived for sponges near Alimia. Their names were Milo and Cimon.


Please help me! I need to get back to Alimia. Can I borrow your boat? They looked round in surprise, taking in her dripping silver hair, her bleeding ankle, and the empty sheath strapped to her thigh. The younger boy, Cimon, made a sign at her with his fingers crossed. Go away, telchine! This is all your fault. Our roof fell in. A pang of anxiety went through Aura, as she thought of what might have happened to her own roof. Then she realized the boy must be just as scared as she was.

She said more gently, It was Poseidon — you know that. Please let me borrow your boat. I can pay you. Leave us alone! Cimon said, splashing water at her with his oar. Swim back where you came from, and take your evil sea-demon eye with you. Aura looked doubtfully at the rocking boats. She thought of the way her body always let her down when she was out of the water, even without a wounded ankle.

No, Milo! Cimon said, realizing what his brother was up to. Milo folded his arms and stared challengingly at Aura. Well, telchine girl? Aura thought of the beautiful blue sponge in her sack. She thought of the way it would feed her mother for several days. Then she thought of the collapsed houses on Khalki, and what might have happened on Alimia in her absence. She bit her lip and stepped carefully into the first boat. Next, she had to put her weight on it, ignore the pain Cimon crouched and held on to the sides with a worried look.

But Milo stood with the easy balance of the island-born, watching her every step with a gleam in his eye. The sun glinting off the water was too bright. Aura concentrated only on the boats. As she lifted her foot over the last one, Cimon scuttled away from her, and the whole line jolted against one another. The shouts of the people on the quay faded. She screamed as they closed on her ankle. Milo shouted something that might have been a warning. But it was as if Poseidon had shaken the earth again. The boat heaved up in front of Aura and sea and sky whirled into one. She fell sideways.


Milo jumped towards her, no doubt to push her in so he could have his laugh. She grabbed his arm and pulled him off balance. The three of them ended up in the water together, spluttering and cursing.


The boys splashed wildly to keep their heads above the surface, while Aura slipped under like a fish. Before she had time to be glad she was back in the sea where her weight was no handicap, someone grabbed her sack. She struggled, but she was tangled up in the cord. She gulped water and choked. Her ears roared, and rainbows flickered in her head. For a terrifying moment, she thought Poseidon was about to speak to her again. Then something snapped, and darkness carried her away.

Aura was having a lovely dream.

Everything Wrong With Shadow Of the Colossus(ps4 remake)

She was back with her parents on Alimia, before her father had gone away. Her mother had them, too. Her father did not, which made him the odd one out. In her dream, she knelt in warm sand and watched him feed her mother fresh sponges from his catch — browns, reds and yellows.

Try you sponge, Aura, she said. Good for telchines. Make us strong grow. But Aura could not chew the tough flesh of the sea creatures that were neither plant nor animal. She moaned and licked her dry lips. A bony arm supported her head. Liquid bubbled into her mouth, and she swallowed gratefully. You take it easy. The sponge boy brought you in. 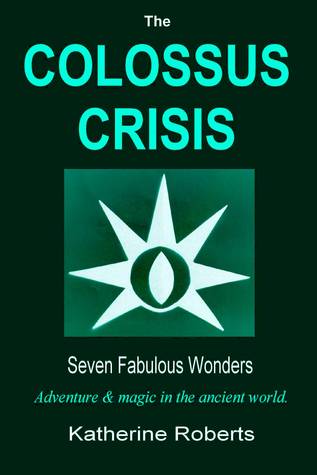 Carried you up the cliff steps himself. She opened her eyes to see marble columns framing a doorway of sky and sea. Sunlight, streaming in from the east, fell across mats occupied by people with bandaged limbs, cuts and bruises. She struggled to sit up. What happened? Where am I? In the temple of the goddess Athene, dearie. We saw you down at the harbour remember?

I told you not to try moving around. You must have slipped and fallen in. Fallen in, yes. It was coming back now. Milo and Cimon, the line of boats, her sponge sack She looked round.

She was still wearing the old tunic she wore for diving, stretched embarrassingly tight over plump flesh. Her knife sheath and the sack had gone. The old priestess pushed her gently back on the mat. Zizou Corder. Noctila the Death Owl. Adam Blade. Raksha the Mirror Demon.

Dark of the Moon. Tracy Barrett. Lustor the Acid Dart. Alan Spade. Dreams of Fire and Gods: Fire. James Erich. The Door in the Mountain.